An Cheathrú Rua village is situated approximately 45km west of Galway city in the middle of a peninsula which contains the Electoral District of An Crompán. The peninsula looks eastward across Cuan Chasla to Ros an Mhíl and Cois Fharraige, and westwards across Cuan an Fhir Mhóir to Leitir Móir and Garmna, the district known as Ceantar na n-Oileán. The village is serviced by the R343 which leads away from the principal regional route R336 at Casla junction.

Housing within the village of an Cheathrú Rua comprises low-density scattered housing. Most of the housing development in terms of its density, orientation and design are similar to the residential units outside the existing village centre.

The Main Street and lands to the rear of the main street provide opportunities for buildings of contemporary design and mixed use reflecting a Gaeltacht village ambiance, while also providing access to developable back lands for residential purposes.

Continued renewal of properties within the Village Core would be desirable and a high standard of design for infill housing development. It is also important that the village’s rural character, heritage and natural amenities are maintained, enhanced and not compromised.

The village of An Cheathrú Rua is served by a co-educational primary school Scoil Naisuinta Mhic Dara and a co-educational secondary school Scoil Chuimnsitheach Chiaráin.  The village contains two Coláistí Samhraidh – Coláiste Chiaráin and Coláiste Cholumba which cater for up to 2000 pupils annually. Third level courses in Irish are administered by NUIG as outreach education in the Acadamh also known as Áras Mháirtín Uí Chadhain whose aim is to strengthen and expand the language among the people of the Gaeltacht and the public institutions which serve the Gaeltacht.

The village of An Cheathrú Rua is predominantly rural in nature however, it does provide a range of existing facilities including schools, commercial retail units, pubs and a post office.

The harbours of An tSean Chéibh and Caladh Thadhg are an essential component of the fabric and character of the village.  The GAA grounds for An Cheathrú Rua are located adjacent to the L-52160 road.  The village is also served by a Páirc Spraoi (playground) which was opened in 2010.

Within the village there are several areas of open space located both north and south of the R 343 and these are strategically located to ensure access for all.

The core area of the village has been designated an Architectural Conservation Area. Notable buildings are the former national school, dated 1893, is an important feature of the streetscape with its well-proportioned gables and double and triple pairing of window openings. A later school built with local granite is typical of mid-twentieth-century design and was built by the State in 1956. The elevated position of the Catholic church gives it an imposing presence and dominant focus to the surrounding community since the 1920s. The building is notable for its long, slender form and clean lines.

The village has developed in a predominantly linear fashion along the R343. The built grain of the village is a fragmented series of buildings along the main street from the parish church south-westwards to the turn for Caladh Thadhg and along four minor roads leading away from the main street. The village economy is typical of the mixture that sustains many villages of its size which serve as service centres to an extensive rural hinterland.

Within the village there is a range of civic buildings comprising the church, primary and secondary schools, community hall and nursing home/health complex, and a range of commercial buildings including hotels, post office, shops, offices, fire station and restaurant facilities. It also contains several services that would not normally be in villages of its size i.e. An Industrial Estate, Summer Colleges and Third Level Educational Facilities. All these uses indicate the importance of An Cheathrú Rua in its form of facilities and services.

The plan seeks to develop the cultural, heritage and tourism potential of the area in a sustainable manner.  The tourism industry is one of the most significant income generators in the West of Ireland, and particularly in Conamara. Trá an Dóiíin, blue flag beach is an important tourism asset in An Cheathrú Rua. The combination of landscape quality, Atlantic coastline, unspoilt mountain terrain, and unique indigenous verbal and musical culture present a valuable social and economic asset. Some local tourism initiatives include scuba diving and Féile an Dóiíin.

It is recognised that some of the strongest Gaeltacht area as regards the daily use of the Irish language are now imperilled by economic and social decline as indicated in the Census and social and economic reports.  This plan supports the development of a sufficient level of services to ensure the economic and social viability of the Gaeltacht community in An Cheathrú Rua and recognise the threats to more peripheral geographic areas.

The village is served by a municipal waste water treatment system and upgrade works have been carried out and there is capacity within the network to accommodate development that is envisaged to take place.

There is a regular bus service between Galway City and An Cheathrú Rua which continues on to Leitir na Mealláinand/or Carna. The connectivity within the village centre is good, with sufficient footpaths.

With respect to lands within the village that are liable to flood risk, the Council will require any proposed developments to comply with ‘The Planning System and Flood Risk Management Guidelines for Planning Authorities (DEHLG, 2009) and Circular PL2/2014 and any amendment thereof.  The Council, having regard to the nature and scope of development, may require the submission of Flood Risk Assessments, as appropriate, to assess the suitability of development proposals. There is a flood map identified for An Cheathrú Rua and is in accordance with the guidelines and circular referenced above. 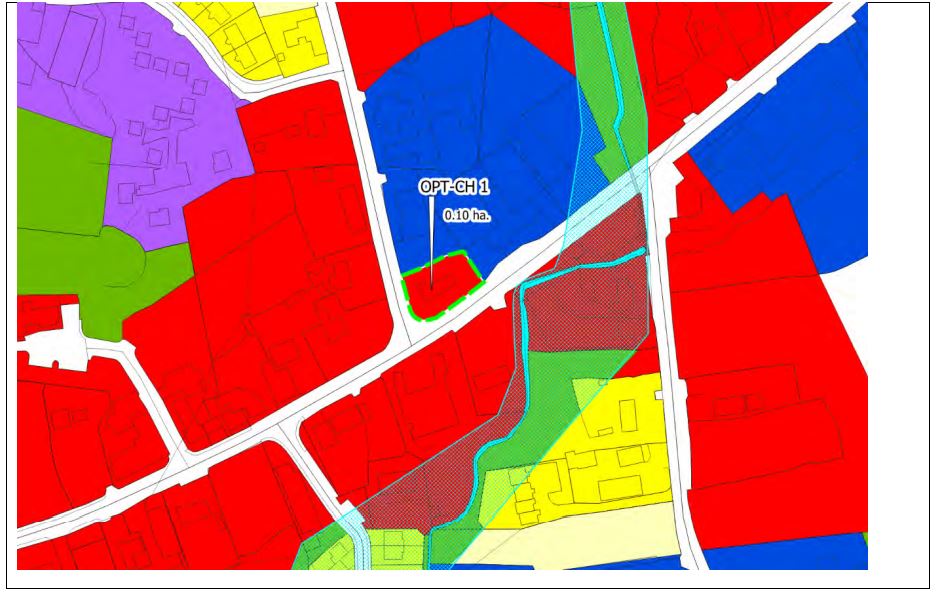 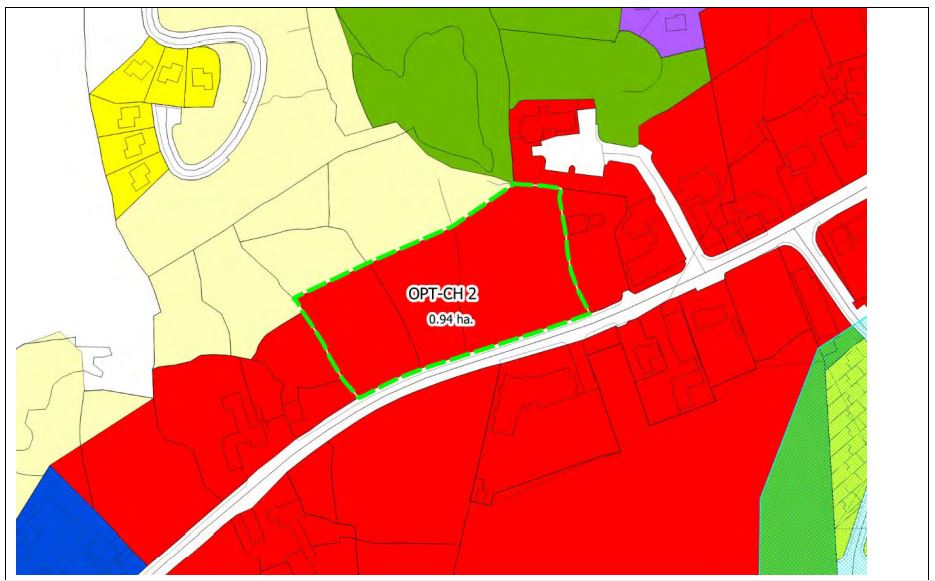 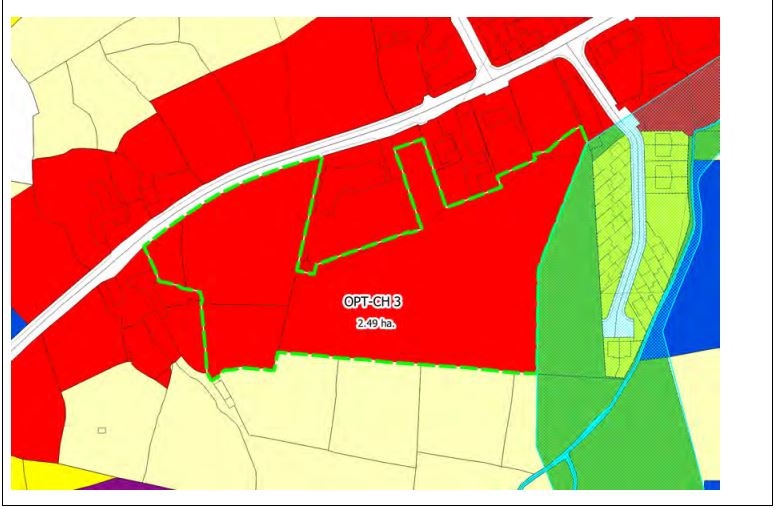 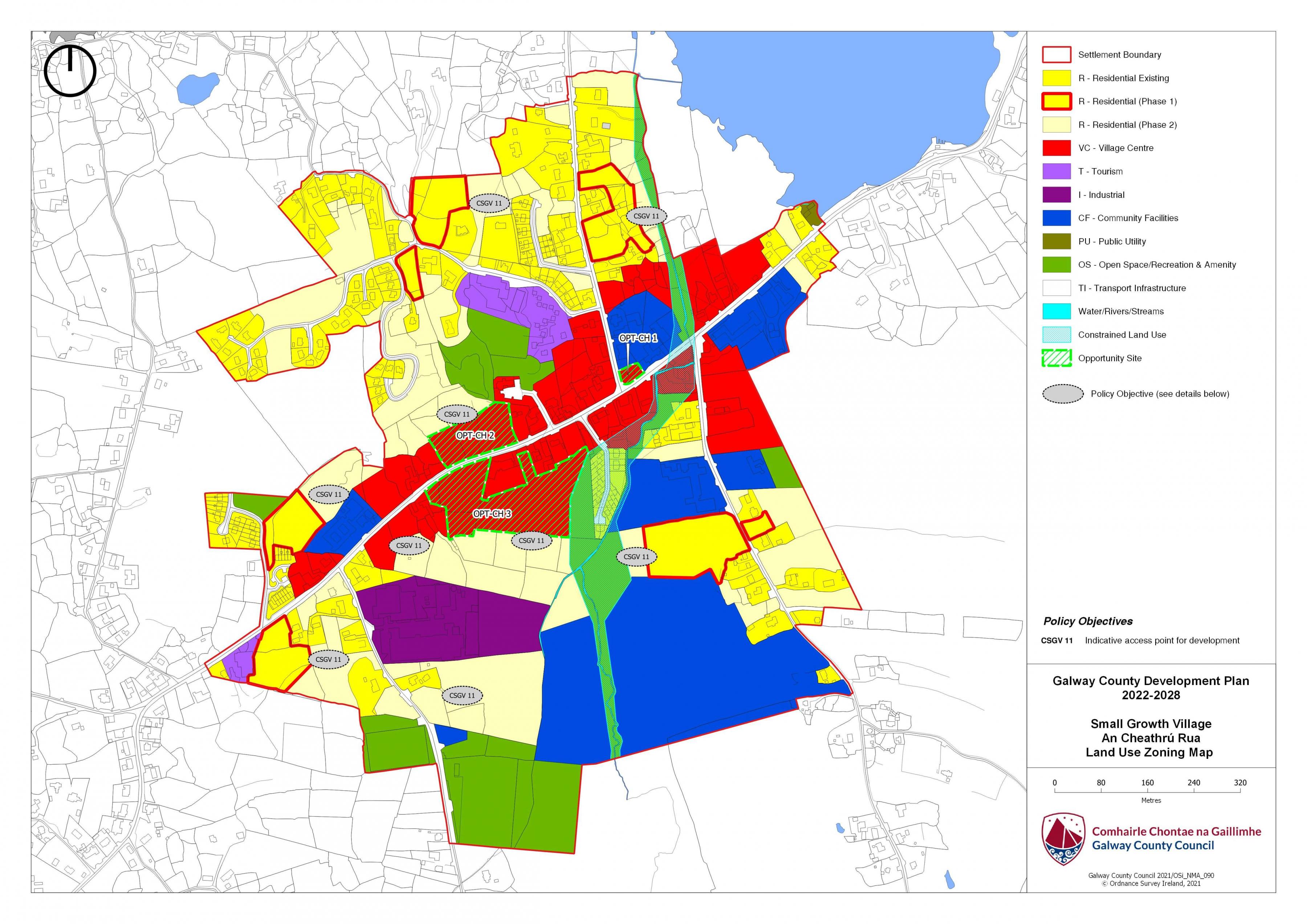 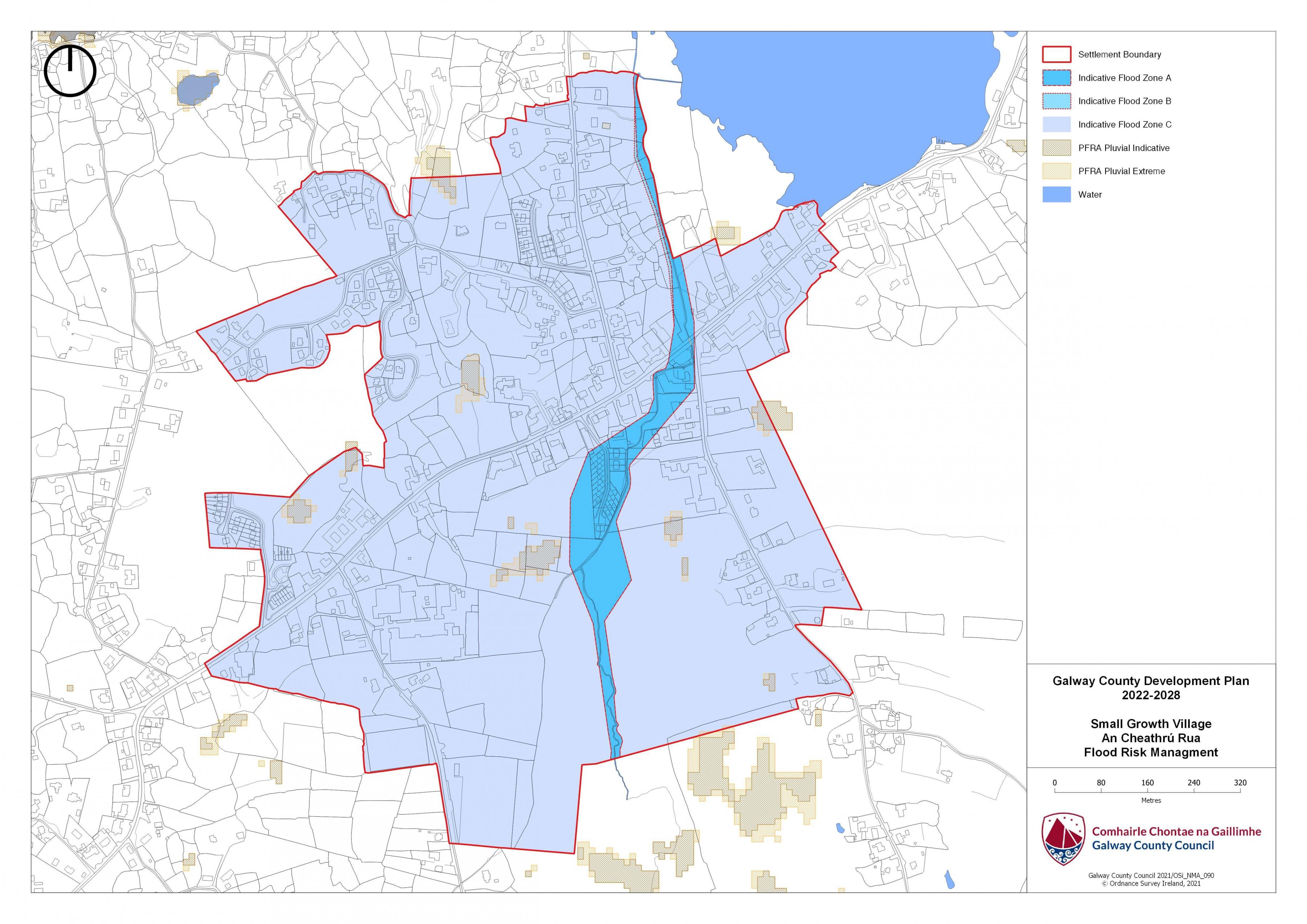 2 submissions have raised observations relating to this chapter